So Her Voice Will Never be Forgotten: Fannie Phelps Adams

To conclude the celebration of our 30th anniversary year, the Museum invited Fannie Phelps Adams, a colleague of Septima Clark, to speak at the October 2008 So Their Voices Will Never be Forgotten session. While students and faculty had been reading the words of Septima Clark during the past year, we could now hear the voice of a 92 year old African American talk of life as an educator in a segregated setting where, while teaching only blocks away, she would not have been allowed to enter the Museum’s space and outdoor pavilion.

Unknown to Mrs. Phelps Adams, the event concluded with the unveiling of a commemorative bench on the Museum’s pavilion area with the inscription, “in honor of Fannie Phelps Adams and the courageous teachers of Booker T. Washington High School who fought for civil rights so that all individuals could sit on this bench.”

I welcome you to the concluding celebration of the Museum’s 30th anniversary year. My name is Les Sternberg, Dean of the College of Education. A year ago at this time we welcomed SC State Superintendent James Rex to the Museum for the 2007 Witten Lecture, and during this past year the Museum has staged a Gallery Talk with Bill Ayers of the University of Illinois, presented the Travelstead Award for Courage in Education to Judge Matthew Perry, organized the 2008 AERA Showcase so that everyone in Wardlaw Hall could benefit from the research conducted by our faculty and students and presented at the national AERA Conference in New York City, and staged six Public Square programs, “So Their Voices Will Never be Forgotten.” As the Museum’s anniversary year comes to a close, the Public Square program culminates with this seventh, special Public Square event. I now introduce Nicole Schnibben, director of “So Their Voices Will Never be Forgotten,” to introduce our special quest.

The Museum of Education wanted to stage a regular program that would portray the role that educators played in attempting make the state of South Carolina more thoughtful, more humane, and more caring place. Instead of reporting on what teachers have done, we thought it would be most appropriate to allow them to speak directly to us. Throughout this year, on the first Wednesday of the month, we have staged the program entitled “So Their Voices Will Never be Forgotten.”

Those who participate read aloud the autobiographical writings of J. A. De Laine, Septima Clark and others. We have adopted the following motto: We seek not to honor, nor do we wish merely to remember. The Museum wants never to forget the struggles fought by a group of courageous South Carolina teachers, individuals who have helped in preserving, transmitting, rectifying, and expanding our most fundamental educational beliefs.

This year, we conclude with a special guest, Mrs. Fannie Phelps Adams, a true living legend, a beloved and admired educator of Richland County Schools, and a former colleague of Septima Clark. A 1934 graduate of Booker T. Washington High School, Fannie Phelps Adams taught at Booker T. Washington Heights Elementary School from 1938-1943 and at Booker T. Washington High School, as well as serving as assistant principal and acting principal, from 1943 until its closing in 1974. She continued working in Richland One schools as the assistant principal at A.C. Flora High School until her retirement in 1979. We look forward to this coming January when Mrs. Adams will be inducted into the Richland One School District Hall of Fame, and we welcome you here today.

Also with us is Dr. Alan Wieder, Chair of the Department of Educational Studies, an internationally renowned oral historian and biographer who has participated in a past Public Square program as a reader and, today, serves as our discussant/interviewer.

Mrs. Adams began her professional career in 1938 as a teacher at Booker T. Washington Heights Elementary School (later Sarah Nance Elementary and now Watkins-Nance Elementary) where she taught third grade until 1943. She went on to teach English and social studies at Booker T. Washington High School and continued her service there as a teacher, guidance counselor, assistant principal and acting principal until the school closed in 1974. She then served as assistant principal at A.C. Flora High School until she retired in 1979. During her more than 40 years in Richland County School District One, she taught, guided and befriended hundreds of students and scores of her fellow teachers. The people whose lives she touched are far too numerous to count. The Booker T. Washington Foundation established the Fannie Phelps Adams Scholarship in her honor in 1986.

In addition to being a lifetime member of St. James AME Church, Mrs. Adams serves as a trustee, class leader and member of the church school and Bible study groups. She was the church’s 1975 Mother of the Year. She also has received the Heritage Award, the Meritorious Membership Award and, in 2007, she was honored as the church’s oldest living member. The Presbyterian Women of Northminster Presbyterian Church recognized Mrs. Adams as a Woman of Faith. Her many other honors include receiving Human Relations Awards from the Richland County Education Association, the South Carolina Education Association and the National Education Association.

Mrs. Adams and her husband, David King Adams (now deceased), had a daughter, Mary Suzette Adams-Jenkins. In addition to her daughter, Mrs. Adams has a grandson, David Edward Adams; two great-grandchildren, Davion and Diamond Adams; and a sister, [the late] Celia Phelps Martin, who is also a retired Richland One educator. 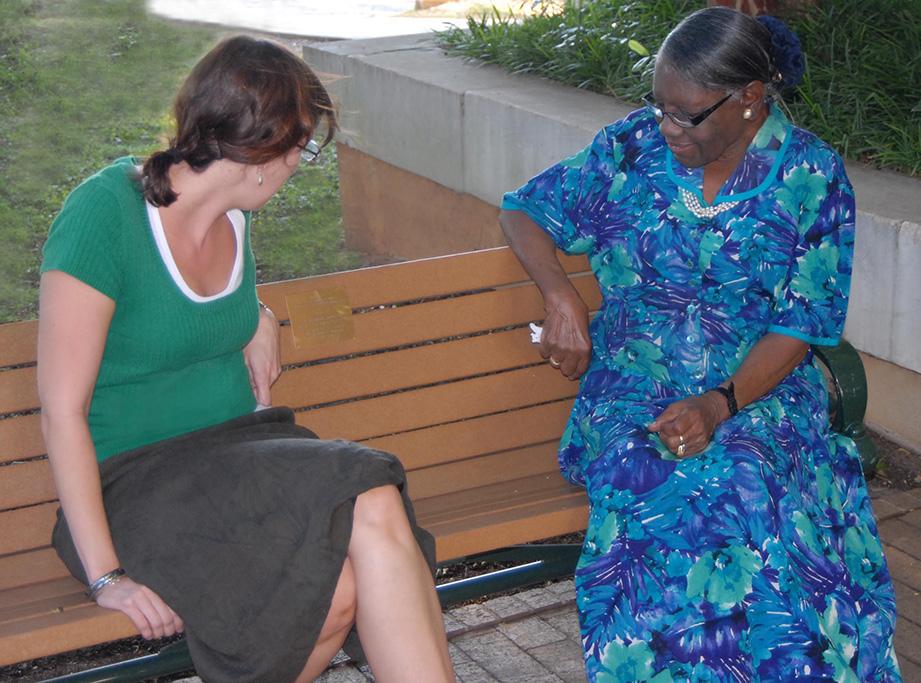 The Call to Teach

The Importance of Schooling

The Opportunity to Help